The cheapest and the easiest

Established in 1993 and still in full play, the Immigrant Investor Program of Dominica offers the most affordable citizenship by investment in the world, allowing you to obtain a second passport confidentially within 3 to 4 months and at the best price without visiting the host country.

What do you get from the citizenship of Dominica?

The most affordable second citizenship

Dominica offers individual investors the cheapest second citizenship for money. This passport is available from USD 100,000.

Visa-free entry to the Schengen Area, the UK and beyond

Successful applicants get visa-free access to almost fourteen dozen countries, including the EU countries, Russia, and the UK.

Passport with no visit to the host country

Citizenship does not require physical residence in the host country. It is possible to obtain a Dominica passport remotely.

You can receive passive rental income from your citizenship by investment, putting up your capital in the real estate in Dominica. This property can be resold yet in 3 years after you obtain your passport.

Backup plan in a tropical paradise

The Island of Dominica is often referred to as the “island of nature” for its pristine natural beauty. Dominica is probably the most environmentally friendly island in the Caribbean, offering one of the highest standards of living in the region.

How much does citizenship of Dominica cost? Who can obtain it?

To qualify for Dominica Citizenship by Investment Program, applicants must have no criminal record or serious illnesses (including contagious diseases) and be at least 18 years of age. Despite the absence of any blacklist, applications from citizens of the following countries and territories are considered on a case-by-case basis: Afghanistan, Iraq, North Korea, Pakistan, Saudi Arabia, Somalia, Sudan, Turkmenistan and Yemen.

The applicant must choose one of the two financial options and meet all of the related requirements. In order to become citizen, you can make a donation of USD 100,000 to the Economic Diversification Fund (EDF) or purchase a property in Dominica that is part of the government-approved development project for USD 200,000.

On top of that, the following additional contributions are due:

How to get the citizenship
of Dominica for money?

It is not possible to apply for Dominica citizenship for money on your own. It is only done via a licensed immigration agent. It is required by the law. Having chosen their immigration agent, the applicant can talk to the citizenship consultants who will help them to evaluate their chances of successful passport processing based on their personal circumstances and the data presented.

The applicant must choose the most appropriate financial option: a donation or a real estate investment in Dominica. Consultants with the hired immigration agent can assist you in that.

The applicant will be provided with a detailed checklist of documents and forms that need to be collected and filled out, respectively. Experienced citizenship consultants will assist you in this and will check all the documents to make sure they meet the official requirements. If the applicant would like to buy a property in Dominica, they will need to enter into a preliminary sales agreement (it is not necessary to make payments under the agreement at this stage).

After all the papers have been collected and sent to the agent, the citizenship specialists will prepare a package of documents and your application to the authorities. The full package will be handed over to the Government of Dominica via an authorized local representative, as required by the law. At this stage, it will be necessary to pay the state duties for the application processing and the background check regarding the applicant and their dependents, if any.

Step 5: Wait for your application to be processed (3 to 4 months)

Your application will be accepted by the Government of Dominica. All the information submitted will be examined and verified. The applicant does not need to be interviewed in person.

Once the application has been reviewed by the Government and a decision is made, the applicant will be notified of the decision with a letter. This letter will be sent via your immigration agent.

Once your application is approved, the applicant will need to transfer the final payment in accordance with the chosen financial option (a non-refundable donation or a purchase of the real estate).

Step 8: Get your Dominica passport

Once the applicant fulfills their financial obligations in full, they will receive a certificate of naturalization and a passport. At this stage, you will not need to visit Dominica. Passports and certificates will be sent to the address specified by the investor.

Tailor-made offer for the applicants
to Dominican citizenship

You can get a tailor-made offer by placing an advice request. Do contact a licensed immigration agent today to get Dominica citizenship for money as soon as possible and with NO INTERMEDIARIES!

FAQ by the applicants
for Dominica citizenship for money

What facts about Dominica should I learn as an immigrant investor?

It does not boast the sandy beaches, but it has picturesque mountains, pristine rainforests, as well as some of the best places for diving and hiking in the Caribbean. Dominica is a politically and economically stable state with one of the lowest crime rates in the region.

The island which was discovered by the Spaniards and then colonized by the French and the British, remained a colony for more than two centuries. A tiny country with a population of only 75,000 became independent in 1978, and now is sustaining close relations with the United Kingdom while at the same time offering a diverse British, French, African and Caribbean mix of cultures. English is the official language of this Caribbean country, while its legal system is based on British common law.

The capital of the country is the city of Roseau. Its population is about 20,000. There are several higher education institutions in the island, including the State College, Roseau Branch of the University of the West Indies and Clemson University's Archbold Tropical Research/Education Center.

Dominica is a member of the United Nations, the International Monetary Fund, CARICOM, the Commonwealth of Nations, and the Caribbean Development Bank. The country has diplomatic missions in Washington D.C. and New York (USA), as well as Havana (Cuba), London (UK), Brussels (Belgium) and Beijing (China). Dominica also has consulates in Zurich (Switzerland), New Delhi (India), Ottawa (Canada) and Casablanca (Morocco).

The currency of the country is the Eastern Caribbean dollar (EC$ or XCD), which is tightly pegged to the US dollar with a constant exchange rate of EC$ 2.7 per US$ 1. The presence of a stable currency pegged directly to the US dollar eliminates significant currency risks for foreign investors.

What papers do I need to obtain Dominica citizenship for money?

In order to successfully obtain a new passport under the Citizenship by Investment Program of Dominica, the following documents will be required:

Can I obtain Dominica citizenship with no investment?

You do not have to make a donation or investment to qualify for Dominica passport and citizenship. It is also possible to get naturalized as a citizen of Dominica. To do so, you will first of all need to apply for residency there, and on this basis live legally in Dominica for 7 years, having been present in the country for most of each year.

Marriage to a citizen of Dominica will reduce your naturalization period down to 5 years. After you apply for naturalization, you will have to take the official language test (English) and the host country history test. If you apply for Dominica citizenship for money, no such test is required.

How often do I need to replace the passport of Dominica?

Adult citizens of Dominica obtain passports that are valid for 10 years. Persons under the age of 16 obtain passports with a five-year validity period. After its expiration or exhaustion of free pages, the passport can be extended/replaced in Dominica or at any consulate of this country abroad.

What family members can I include into my application for Dominica citizenship for money?

If you apply for Dominica citizenship for money, you can submit a shared application. It can include your spouse, dependent children (under 18 years of age or between the ages of 18 and 30 if they are university students). Under the Program rules, your child can be a biological child or a legally adopted one. Dependent parents and grandparents can also be added to the shared application (if they are over 55). If these persons are included in the application, you will be required to pay additional administrative and agency fees (for processing, background checks and passports).

What currency can I use to obtain Dominica citizenship for money?

To obtain Dominica citizenship for money, you can fulfill your financial obligations without additional commissions using US dollars, British pounds and euros. It is not possible to obtain Dominica citizenship for cryptocurrency at this stage. However, bitcoin and other cryptocurrencies can be used to pay for the services of some licensed immigration agents.

What are the grounds for rejecting an application for Dominica citizenship by investment?

The Government of Dominica will reject an application for citizenship for money if the applicant has a criminal record or if the applicant is unable to pass the background check. An application may also be rejected due to the national security considerations or the false information provided by the applicant. If an applicant was denied a visa by a country with which the authorities of Dominica have entered into the visa-free regime agreement, they will not be able to apply for Dominica citizenship for money until they have obtained this visa.

Can I enjoy the right to vote in my new country after I obtain Dominica citizenship for money?

Dominica Citizenship by Investment Program offers its successful applicants virtually the same rights that are available to people born in the island, who are natives of Dominica, including the right to vote in the local elections.

News on Dominica citizenship for money 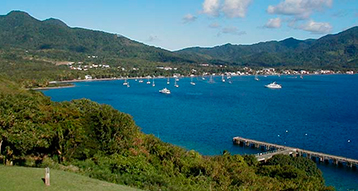 Citizenship by investment in Dominica: facts and figures 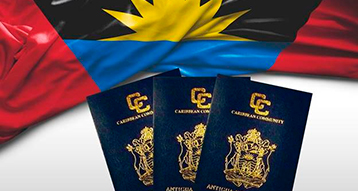 Acquire citizenship by investment in Dominica: a complete guide 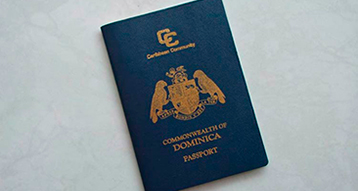 The reasons to acquire a Dominican passport in 2020 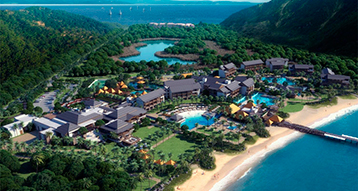 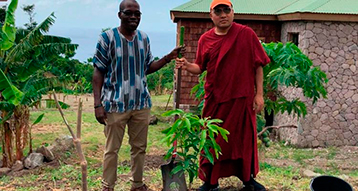