How can investment into Panama real estate lead to legal residency in the country?

You can acquire Panamanian residency by investing into real estate in the country. Thus, you can put money into a secure international asset and simultaneously obtain legal grounds to apply for permanent residence in Panama.

Who is interested in giving Panama a negative image and why?

The first thing any investor will take into consideration is the prospective investment security. The following main questions need to be answered. Is the target country at war or at peace? Does it provide for personal security? Is there a risk of natural disasters? Are the target country’s political and economic positions stable?

With many countries, some of these questions will be answered affirmatively while others will receive negative answers.

If we look at investing into Panama, we will see that the ratio of risks to profitability is very attractive.

At the same time, a massive mud-slinging campaign against Panama was launched by the mass media in 2016. The purpose of this campaign was to discredit the jurisdiction and decrease the inflow of foreign investments into the country. The well-known ‘Panama Papers’ scandal occurred after the leakage of confidential information from the office of a Panamanian law firm Mossack Fonseca.

A hacker attack on the corporate server by unidentified individuals received whole-hearted support from some respectable mass media of well-developed countries, even though such an attack was clearly a criminal act. It was justified by the ‘fact’ that it allowed disclosing tax evasions by multiple foreign companies and individuals.

But a closer inspection of these publications would reveal that no financial crimes were actually pinpointed. All the accusations were pure rhetoric and appeals to morals without any factual support.

Large economies experiencing shortage of capital in their state budgets has felt hostile to Panama over the recent years. The inflow of foreign investments into Panama facilitated economic growth in the country while capital flew out of the first-world states.

These states have been unhappy not only with Panama but with all offshore jurisdictions with their beneficial taxation systems so attractive for international businesses. The attack on Panama that was groundlessly accused of ‘promoting tax evasion’ triggered an attack on all offshore zones under the banner of ‘fair taxation’.

The main goal of this aggressive anti-offshore campaign organized by large countries was redistribution of the world financial flows in a way that would be favorable for these large countries.

To ‘fix’ the results of the anti-tax evasion measures and to increase pressure on offshore jurisdictions a year after the ‘Panama Papers’ scandal another one broke out under the name of ‘Paradise Papers’. The second scandal was very much as groundless as the first one was.

This sort of gossiping is only indicative of the fact that the large economies want to have more exclusive rights to tax international business operations. Of course, they will mask these intentions by appeals to more financial transparency and openness of financial information. (The system of automatic exchange of financial information between tax authorities of different states, knows as Common Reporting Standards (CRS) has already been imposed on a vast number of countries.)

Even though, like many other offshore jurisdictions, Panama had to settle for some compromises and adapt its legislation to the EU and OECD requirements, the country has been able to stand up to the pressure and protect its national interests.

The most attractive aspects of investing into Panama

Panama is a safe country to live in with lovely white sand beaches, hospitable locals, perfect infrastructure, and a modern capital that offers a luxurious lifestyle.

Warm tropical climate prevails in Panama all throughout the year. What is important is that natural disasters such as tornados or tsunamis typical of some other tropical countries rarely happen in Panama.

Establishing a business company in Panama does not take much time. The company can be registered within five to seven business days. Registration of a Panamanian corporation or a private foundation can be performed remotely via the Internet. If you would like to have a company registered in Panama within a weak or so, please send us a request to info@offshore-pro.info.

Panama real estate sector looks especially promising to foreign investors. At the same time, the tendencies in the real estate market largely depend on other sectors of economy.

Thus, the growth of the tourist industry that has been conditioned by the completion of several infrastructure development projects has brought about the growth of both the service and the property prices.

When foreigners come to Panama for the first time as tourists, they often have to revise their previous conceptions of the country. They see that Panama is thriving and everything works very well there. So, many of them come back again in order to purchase a house or an apartment in Panama. Some want to use it on their regular visits to this tropical paradise, others buy accommodations in Panama to stay there forever, and still others find that letting the property on a lease provides for a competitive return on investment.

In addition, a new family property tax law was put into effect in January 2019 in Panama. It has increased the untaxed worth of residential real estate by four times in comparison to the old version of this law. Naturally, this has made buying property in Panama even more attractive.

An economic analysis shows that Panama’s natural resources combined with the Government efforts to improve the country’s economy have caused a considerable increase in prices. The cost of real estate in large cities in particular has grown by about 20% over the last few years.

The main buyers come from the USA, Canada, and Columbia. Besides, the number of Panama property owners from China and Russia is also growing.

Our company representatives in Panama have an extensive database of real property for sale and rent in the country. Here we would like to present one of hundreds and hundreds of options to consider. It is a luxurious apartment in a skyscraper located in a popular Panama City district.

The price of the apartment without furniture is US$ 790,000. 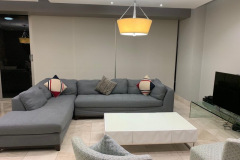 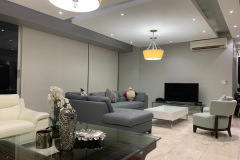 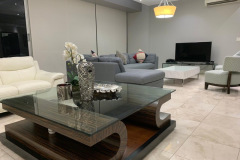 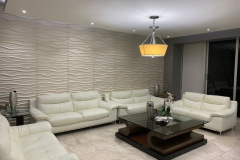 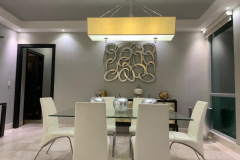 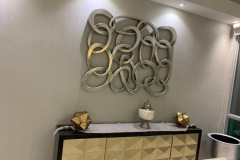 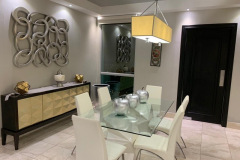 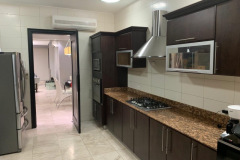 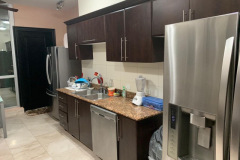 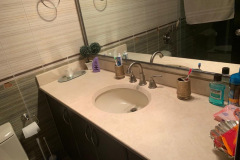 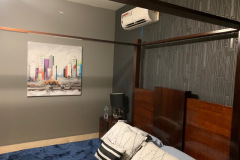 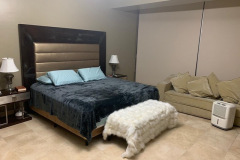 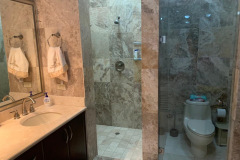 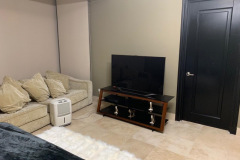 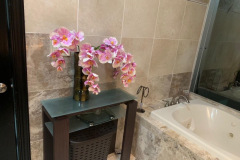 We invite you to take a FAM trip to Panama where you can see, touch, and smell this and other pieces of real estate for sale in the country.

A number of other countries offer residency in exchange for investment into real estate on their territories. However, Panama boasts a truly unique combination of a wonderful climate, gorgeous nature, and high living standards that are accessible in this country at lower prices. Apart from that, unlike most other countries inviting immigrants, Panama offers several immigration programs that foreign nationals can choose from. Here are three most popular ones.

The very fact of real estate ownership in Panama will serve as a legal foundation for acquiring residency in the country. You will have to spend about two weeks in Panama to obtain your permanent residence permit after the purchase of real property there.

This immigration program will suit those foreign nationals who can afford bringing US$ 300,000 to Panama. There are three ways to make this investment in order to obtain a residence permit.

Any of these variants will make you qualified for obtaining a permanent residence permit in Panama.

There are two important things that should be borne in mind concerning the Economic Investor immigration program. First, all the money you put into Panama is fully recoverable after three years. When this period expires, you are entitled to sell the property back and/ or withdraw all the money from your account. Your residence permit will not be taken away if you do it after three years.

Second, the sum indicated above is almost sufficient for bringing the whole family over to Panama. This is not a ‘three-hundred-thousand-per-immigrant’ program. You will have to put additional US$ 2,000 in the bank for every dependent family member that is relocating with you and that will be enough to satisfy the immigration authorities.

You can find some more detailed information about this immigration program by following this link.

This immigration program will suit those who can prove to the Panama immigration officers that they have a steady lifetime subvention of at least US$ 1,000 per months. This visa program is aimed at North American and Western European pensioners first of all, hence its name.

However, citizens of any country over the age of 18 are entitled to apply to this immigration program provided that they are able to meet the essential requirement.

There is one more option that the Pensionado visa program offers. If you purchase real estate in Panama that costs US$ 100,000 or more, you will have to prove that your guaranteed monthly income is US$ 750.

You can find more details about this immigration program by following this link.

This immigration program will suit the citizens of fifty countries that Panama deems its friendly nations. All the well-developed states of the world are on this list.

This program provides for the simplest and fastest access to Panama permanent residence permit. What you have to do in order to immigrate to Panama on the Friendly Nations visa is put US$ 5,000 in the bank plus do one of the following: either engage in economic activities in Panama or buy real property in the country that is worth US$ 100,000 or more.

You can find the list of the friendly nations and more information about this immigration program by following this link.

It also should be noted that in contrast to some other countries, Panama does not require any irretrievable immigration fees to be paid to the state authorities. (The state duties and registration charges are only negligible.)

Another important factor is the low amount of investment that will allow acquiring residency in Panama. In some European countries the obligatory investment is 1 million Euros, in others it is 2 million.

The most important thing about Panama, however, is that there you can find the same level of comfort, the same infrastructure, and the same lifestyle as in Europe or North America. But these all are going to cost you much less.

Moreover, there are few places on the planet where you can find such paradise-like climate and nature. In these terms, living in Panama is comparable to living in Miami. It is only the prices that are incomparable.

Finally, a permanent resident in Panama has the right to apply for full citizenship of the country after five years of residency. No extra payments are required to become a citizen of Panama apart from the state duties.

Furthermore, you do not have to actually live in Panama all the year round in order to become its citizen eventually. It is enough to pay occasional short visits to the country in order the keep the Panama permanent residence permit. It will not be enough for obtaining Panamanian citizenship but living in the country all the time is unnecessary anyway.

Before starting the process of relocating to Panama, we suggest that you should apply for a free consultation with us. Please send us a request to info@offshore-pro.info and we will gladly answer all your questions and give you some useful tips and hints.