Become a citizen of Vanuatu – the happiest country on the planet!

Where is Vanuatu? It is a tropical country with paradise views, lush forests, transparent lakes, sandy ocean beaches, exotic fauna, and friendly locals. The archipelago of Vanuatu in the South Pacific is the place to be without any doubt. 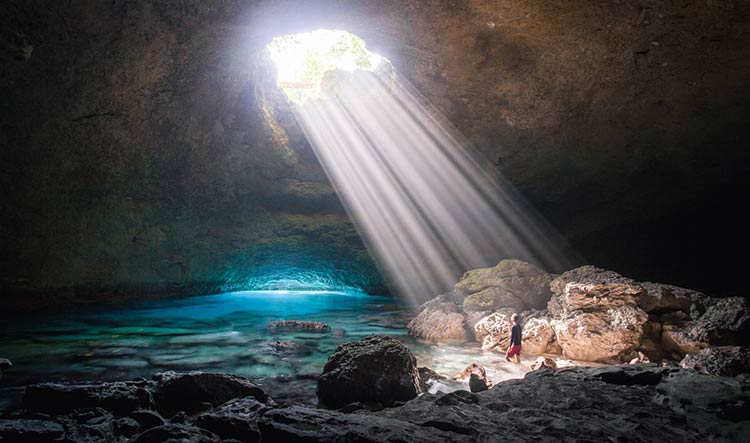 Year after year, Vanuatu is found among the happiest nations in the world, according to the Happy Planet Index. Thousands of miles away from all continents, the inhabitants of Vanuatu are protected from all geopolitical turmoil and economic crises. But this is only one of the factors that make the local people feel happy.

Nature in Vanuatu and recreation opportunities

Vanuatu is a country that is comprised of over eighty islands and almost each of them offers something of great interest to travelers. On the islands, you will find views, plants, and animals not to be found anywhere else in the world. A visit to the country is certain to leave you deeply impressed. 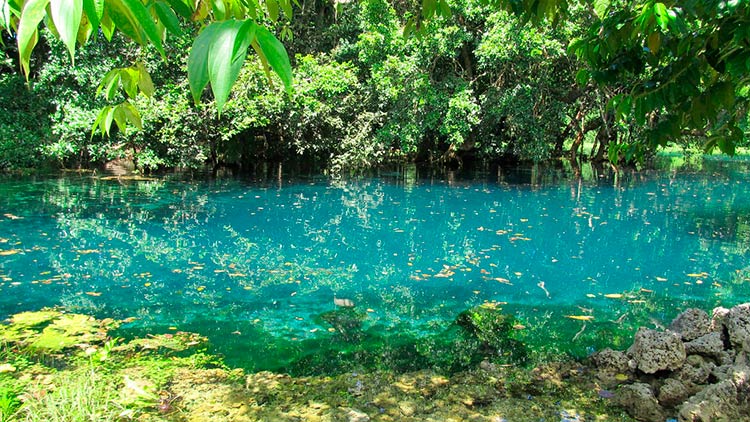 Among unique natural phenomena of Vanuatu are the so-called ‘blue holes’. Round lakes with fresh water that has made its way up through the thick layers of limestone look as if they were portals to a different world. The ‘blue hole’ of Matevulu on the island of Espirito Santo is probably the most beautiful lake in Vanuatu.

You can rent a four-wheel-drive car or hire a taxi in order to reach the place. But is this way of travel going to bring an exciting adventure? Probably not. You had better take an excursion in a kayak steered by a local guide. You will be rowing along the banks of a crystal clear river and through thick jungle forests like an Indiana Jones. There you can also see fearless locals jumping into the lake from high towers with the rope tied around their ankles

At the flourishing east coast of Espirito Santo, you will find a beach called Champaign. The strip of white sand in the form of a crescent washed by the turquoise water of the bay is truly fascinating. But there is something else that makes Champaign beach so famous all around the world.

At low tide, the shallow water bursts with effervescence like the best French Champaign. It happens due to the tiny gas beads leaving the volcanic rock below and this sight will fill your day with exultation. This beach throws a party every day! Make yourself comfortable on the warm white sand to watch the show or get a snorkel, a mask, and a pair of flippers and dive into the ocean to see the beads closely. Be prepared to meet some underwater creatures such as green marine turtles, for example, as you snorkel near the beach.

Yasur Mountain is the most visited active volcano in the world (because it is the most accessible one) and one of the central tourist attractions in Vanuatu. It can be found in the eastern part of Tanna island. You will be enthralled by the view even from a distance but nothing will compare to seeing the volcano at a close range, hear the roar coming from underground, and feel the smell of sulfur in the air. You also must explore the area around the volcano and see the plains of dust and the hot springs there.

A tax haven or a tax heaven?

Another reason why people of Vanuatu feel so happy is the lightness of the tax burden that they have to carry. The country is a tax heaven indeed. Residents of Vanuatu pay no income tax. Nor is there dividend tax, nor capital gains tax, nor profit tax, nor sales tax. (The latter was substituted by the VAT in 1998).

The major revenue charges that are levied upon the local companies are the import and export duties, the business tax, and the license fee. While the import duties vary greatly depending on the products that are brought into the country, the export tax is 5% for most exported goods.

The business license needs to be extended annually. It can cost anywhere between 20,000 and 1,000,000 vatu (between less than US$ 200 and more than US$ 8,000). Some financial service companies including insurance agencies pay 2% of their turnover as the license fees. As a rule, offshore companies registered in Vanuatu are exempted from most or all taxes.

A separate note should be made about the local banking system. No currency control is practiced in the country and the bankers know how to keep financial secrets of their clients. Besides, a great number of qualified lawyers and accountants can be found in Vanuatu. They will be happy to give you professional advice on asset management and recommend some easy, safe, and effective solutions of various investment and wealth management issues.

The fastest and the simplest citizenship on earth

When you come to Vanuatu and fall in love with this place, you will be pleased to know that becoming a full citizen of this country is very easy indeed. All it takes is US$ 150,000 and up to two months of waiting while your application for citizenship is processed. By applying for citizenship with the Vanuatu Development Support Programme (VDSP), you can obtain a second passport and a new life.

Since the VDSP was launched in 2016, thousands of people from many different countries of the world have become Vanuatu citizens while the state budget received several hundred million US dollars from the applicants to this Programme. The Vanuatu passports allows traveling to nearly 150 world countries without the need to obtain visas. All Schengen zone countries, EU countries, Switzerland, Great Britain, and the Russian Federation, among others, give free pass to citizens of Vanuatu. China is most likely to join the group soon as well.

The Republic of Vanuatu is an exotic and rather sparsely populated island state that can become your new home and bring you a long-forgotten feeling of complete and boundless happiness. The beauty of the country’s nature will keep you amazed for years to come. The low taxes will lessen your fiscal burden greatly. The new passport will truly make you a citizen of the world. Go back to nature! Go to Vanuatu!

Offshore Pro Group will gladly give you useful tips on how to organize the process of relocation to Vanuatu. At the same time, you do not actually have to live in the country all the year round in order to acquire the passport and then tax residency of Vanuatu. You do not even have to visit Vanuatu to pick your passport! We can tell you exactly what you have to do in order to achieve this tempting goal. Please write to us to info@offshore-pro.info and apply for your assistance in this matter.